Now wouldn’t this be neat! A car using an auto engine that runs on air! This would speak volumes about saving the enviroment! A green car. I first heard about a car that runs on air when it was first shown in the History channel. The prototype looked pretty ugly and the piston movement look rather awkward. But with this new improvement to the design and of course a better, lighter shell, this street machine really rocks! 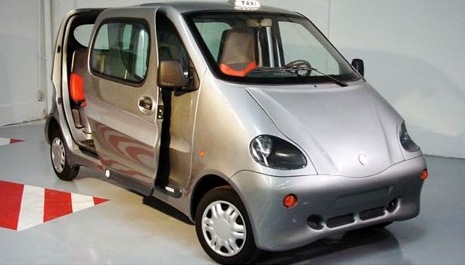 The Air car was developed by ex-formula One engineer Guy N. for Luxembourg based MDI. It uses compressed air to push its engine’s piston to make it go.

The Mini CAT which is a simple, light urban car, with a tubular chassis, a body of fiberglass that is glued not welded and powered by compressed air. A Microprocessor is used to control all electrical functions of the car. One tiny radio transmitter sends instructions to the lights, turn signals and every other electrical device on the car. Which are not many. 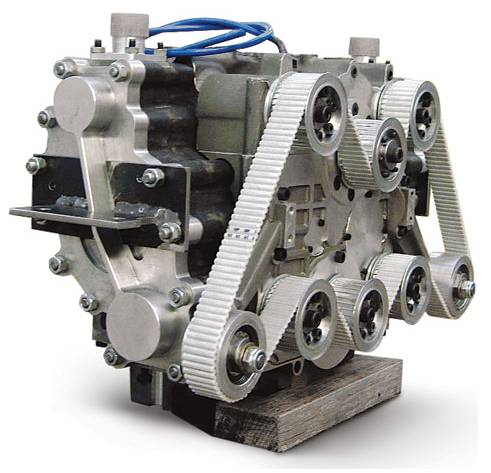 The temperature of the clean air expelled by the exhaust pipe is between 0-15 degrees below zero, which makes it suitable for use by the internal air conditioning system with no need for gases or loss of power.

There are no keys, just an access card which can be read by the car from your pocket. According to the designers, it costs less than 50 rupees per 100 KM, that’s about a tenth the cost of a car running on gas. It’s mileage is about double that of the most advanced electric car, a factor which makes it a perfect choice for city motorists. The car has a top speed of 105 KM per hour or 60 mph and would have a range of around 300 km or 185 miles between refuels. Refilling the car will take place at adapted gas stations with special air compressors. A fill up will only take two to three minutes and costs approximately 100 rupees and the car will be ready to go another 300 kilometers.

This car can also be filled at home with it’s on board compressor. It will take 3-4 hours to refill the tank, but it can be done while you sleep. 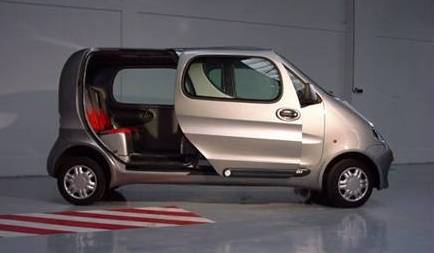 Because there is no combustion engine, changing the 1 liter of vegetable oil is only necessary every 50,000 KM or 30,000 miles. Due to its simplicity, there is very little maintenance to be done on this car.

The car is planned to be launched by Tata Motors in August 2012.

I wonder how long it would take to see it in our shores here in Malaysia or anywhere else in the world for that matter. The oil companies may make a big fuss out of this air car street machine don’t you think?