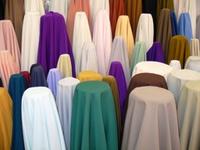 After attending to a friend’s daughter wedding one Saturday a few weeks back, my wife and in-laws decided to make a visit to a cloth shop in downtown Kuala Lumpur. Well, I wasn’t too pleased to go downtown on a Saturday afternoon as the traffic is really heavy. After a long drawn out ride we managed to get a parking lot nearby to the shop they intend to select the cloth. 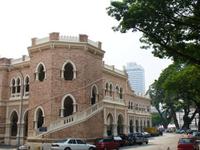 Feeling bored, I was fortunate to bring along my Panasonic Lumix camera for the wedding. Taking this opportunity, I decided to walk over to the Kuala Lumpur Dataran Merdeka Square and see whether any photo opportunity and a chance to hone my creative photography skill. Being in the city, there’s not much chance for landscape photography, so I try doing some angles for the KL magistrate court house and Malaysian flag perched on the world’s tallest flagpole. 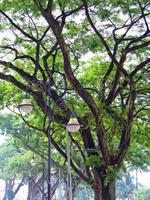 The sky was slightly hazy even though the Sumatran fires have not happened during that time. But it was still pretty much hot trudging around the area. Wishing I have at least brought along a bottle of water, but no turning back now! 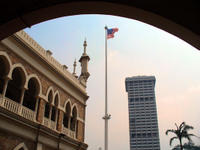 Starting from behind the Magistrate court house by the river with its beautiful leafy, shady trees and making my way to the Independence Merdeka Square. Took some pictures of the magistrate with its Moorish architectural design. This building is old, probably about 100 years old and has seen some history. As far as I can remember, it used to be the Malaysian Post Office HQ before they shifted to a bigger, modern premise in Dayabumi and the Magistrate took over the buildings. 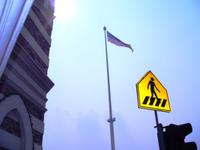 Going over to the world tallest flagpole; it is not an easy subject to take with its height and bare backgrounds, but I managed to find an interesting angle under the arch of the magistrate court house. Too bad the sky wasn’t blue enough though. So I hope to try this again some other time. 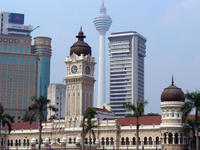 Making my way across to the now empty Merdeka field where annually the government holds spectacular independence parade. Should be a good photo opportunity come 31st Aug, if I can drag myself out from my bed and brave the crowded place… but then again, I think not. Don’t quite like traffic jams and crowded places. 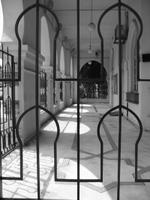 It’s been awhile since I last explored the area, even though I was here participating some 10km races. But usually I’m pretty much conked off after the run, only exploring the many tents giving out free isotonic drinks and goodies after the run! 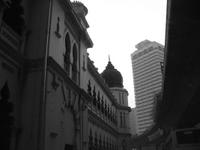 Well, I got the whole place almost to myself. Almost, because I see some tourist couples trying to snap a few shots of the tallest flagpole in the world. Too near to grab any decent shot-lah! Well to each photographer, their own camera technique, or the lack of it. 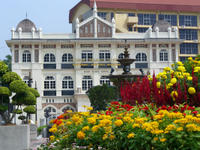 Besides taking the usual famous “Big Ben” clock tower of Malaysia, there was a library with its powerful air-conditioning! Ah, stepping in the library to escape from scorching heat was so comfortably cooling! 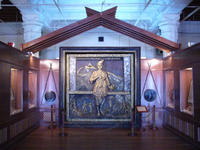 The next stop was the National Historical Museum facing towards the flagpole which I didn’t know existed! Upon entering, I’m greeted with a mural of the famous warrior, Hang Tuah! Hey, and not to mention, nice cool air-conditioning too! 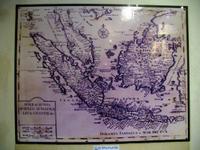 Take a couple more shot, snap, snap, snap! Hah, as though I’m foreign tourist! With it semi musky smell of old artifacts, interesting bits of history, and good old maps of Malaysia… no problem, digital cameras no need to worry about film cost, just shoot away! 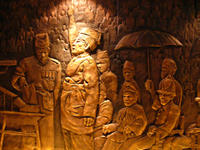 Finally my mobile phone rang, and it’s time to send my missus home. So here’s my photo gallery of my Saturday afternoon romp around KL Merdeka square!